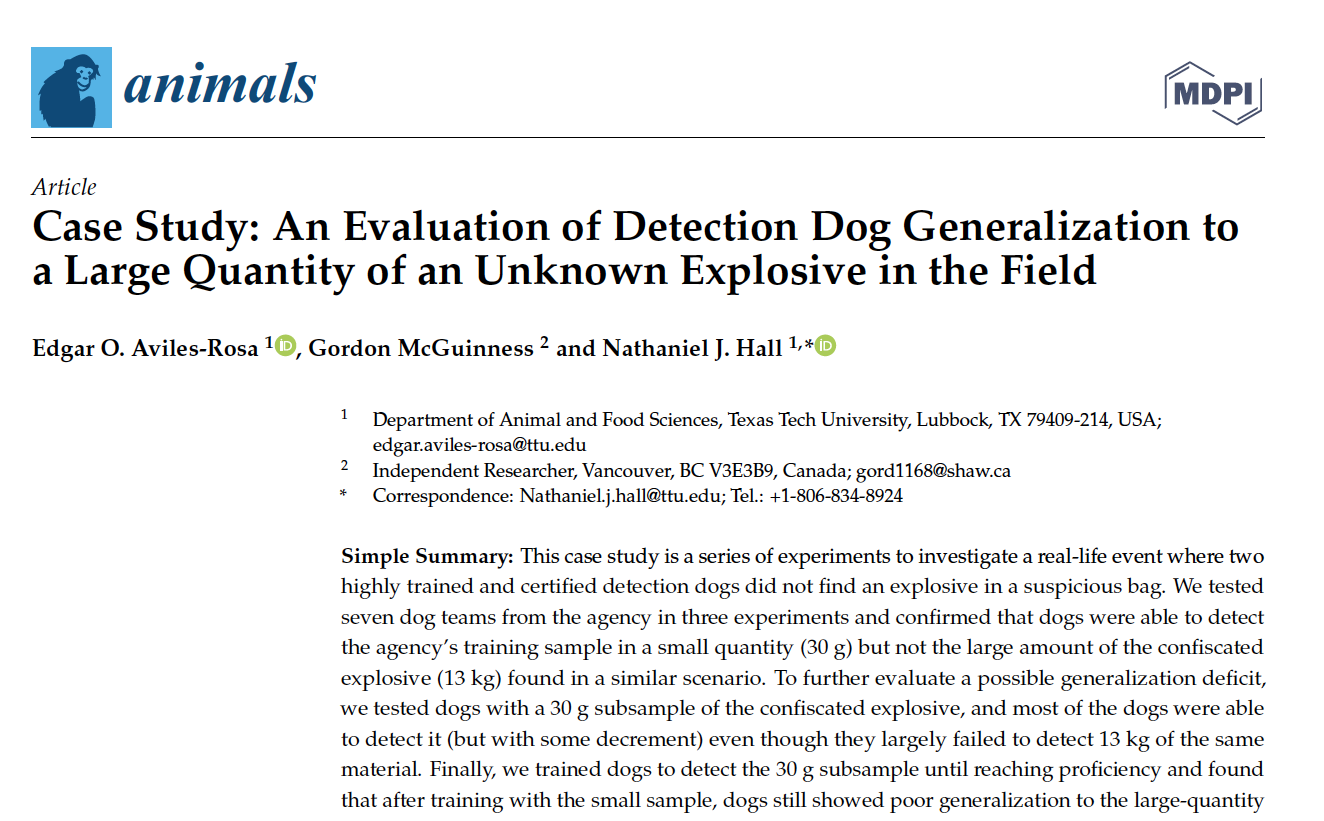 In this presentation, Dr. Edgar Aviles-Rosa of the Canine Olfaction Lab at Texas Tech University joins Chiron K9's Principal, Paul Bunker to provide an overview of the research project:

"Case Study: An Evaluation of Detection Dog Generalization to a Large Quantity of an Unknown Explosive in the Field".

The presentation provides an outline of the hypothesis, the methods used, and the results.

As always, the TACS Talk is aimed at handlers, trainers, and interested members of the community as an educational presentation.

Two explosive detection dogs were deployed to search a suspicious bag, and failed to detect 13 kg of explosive within. The aim of this research was to further evaluate this incident. First, dog teams (N = 7) searched four bags in a similar scenario. One bag contained the same 13 kg of explosive, two bags were blanks, and the other contained the training sample that the agency routinely used for training. All dogs detected the training sample, but most (5/7) did not alert to the 13 kg sample.

Subsequently, dogs received two trials in a line up with a 30 g subsample of the explosive to evaluate whether they could generalize to a smaller quantity. Most dogs (6/7) alerted to the subsample at least once. Finally, dogs were trained with the 30 g subsample and later tested with the 13 kg sample. Only three dogs spontaneously generalized to the large sample after training with the small subsample.

Dogs’ alert rate to the 13 kg sample was improved with training in subsequent trials with the 13 kg sample. This result indicates that explosive detection dogs may not generalize to a target odor at a significantly higher quantity relative to the one used in training, highlighting the importance of conducting such training.